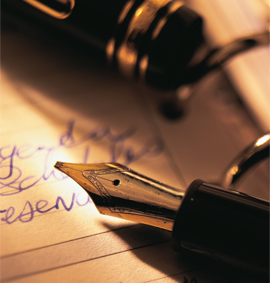 Finding a fit – Why culture matters in mergers and acquisitions

Tough sell: It takes work, but even declining businesses can find buyers

According to a 2019 Deloitte Private global family business survey fewer than 30% of multiple generation family-owned businesses survive beyond the third generation, even though longevity is a common legacy goal. ...Read More

Weighing these visceral emotions - credited with causing a huge slowdown in the merger and acquisition marketplace - against discovering new ways to understand the value of a company are key elements in the struggle to move mergers and acquisitions forward during the era of COVID-19. ...Read More

Penn Medicine Lancaster General Health announces changes to the LG Health Board of Trustees. The board sets policies governing the operation of LG Health and oversees the work of six board committees. ...Read More

Finding a fit – Why culture matters in mergers and acquisitions

Tough sell: It takes work, but even declining businesses can find buyers

Retailers are closing hundreds of stores across the country — and in Central Pennsylvania — as more purchases are made online rather than in brick-and-mortar stores. But it is not just national retailers that may be hurting and needing to sell all or pieces of their business. ...Read More

The Lancaster General Health Foundation has a new board and a new chairperson. Businesswoman Kathleen Smarilli has been chosen to lead the panel for a three-year term, officials announced Wednesday. ...Read More

Even if you don’t know Katie Smarilli by name, there’s a good chance you’ve seen work produced by one of the companies she runs with her husband, Jim. ...Read More

Will Your Leadership Team Help or Hinder the Sale of Your Company?

According to a middle market study I reviewed recently, over 80% of business leaders are interested in some form of merger and acquisition activity over the next three years. More than half of the leaders would like to sell their businesses. ...Read More

How They Got There – M&A in the Midstate

Katie Smarilli learned the business of business almost from the beginning. A role in her father’s business and some “unglamorous” jobs in her teens were part of the story of how she landed in mergers and acquisitions at Murphy McCormack Capital Advisors. ...Read More

Up Close with Katie Smarilli – Board Member Profile

Featured in the Spring 2017 issue of Catalyst, a publication of the Pennsylvania Chamber of Business & Industry

You’ve been named among the Commonwealth’s Top 50 Women in business. What leadership skills do you believe helped you to secure this recognition?

My current work with closely held businesses, as well as my past leadership roles at great banks, such as Wachovia Bank, Fulton, BNY/Mellon, and PNC, taught me a lot about leadership. ...Read More